As treasure hunters you've been on many expeditions to different places, but none of them was as challenging as the one you're about to undertake. You've heard a rumor about the lost treasure of Pyong-Yang, one of history's most infamous robbers. The legend says that before he died, Pyong-Yang had managed to sneak in the 'Eye of the Fate' diamond and many other treasures into his cell where he was locked up, the most secure prison in North Korea. Many people have tried but no one has ever found the diamond or any other treasure there...
But true adventurers will not stop at any challenge. You are going to sneak into the prison, follow the trail of clues that Pyong-Yang has left behind and find the lost treasure. Are you ready? 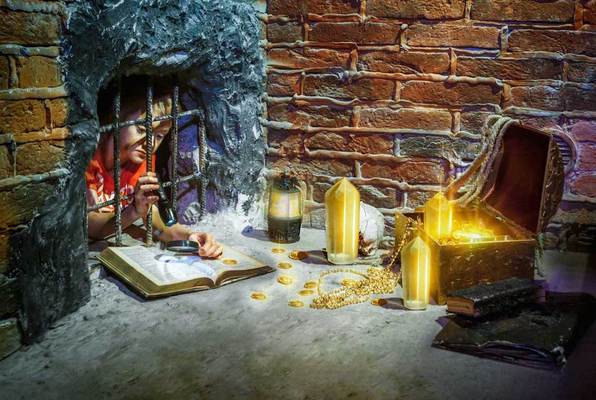